After a lot of time and a lot of hard work, our favorite Keanu Reeves is finally getting all the attention he needed and all the love from fans. He’s such a nice guy and a species like that is very hard to find in today’s generation, leave alone Hollywood and celebrities who do stupid things that are weird and rude most of the times. Keanu is also the internet’s favorite person and there seems to be no stopping of him as the best person ever. He’s one of those people whose negative stories never existed like once he abused this guy etc. He has managed to keep himself so pure and good and sincere that there are only sincere stories about him that make us love him even more.

Below are some of these sincere stories that prove Keanu is a Good Guy, once again:

I never saw a celebrity sitting on a Fire Hydrant. 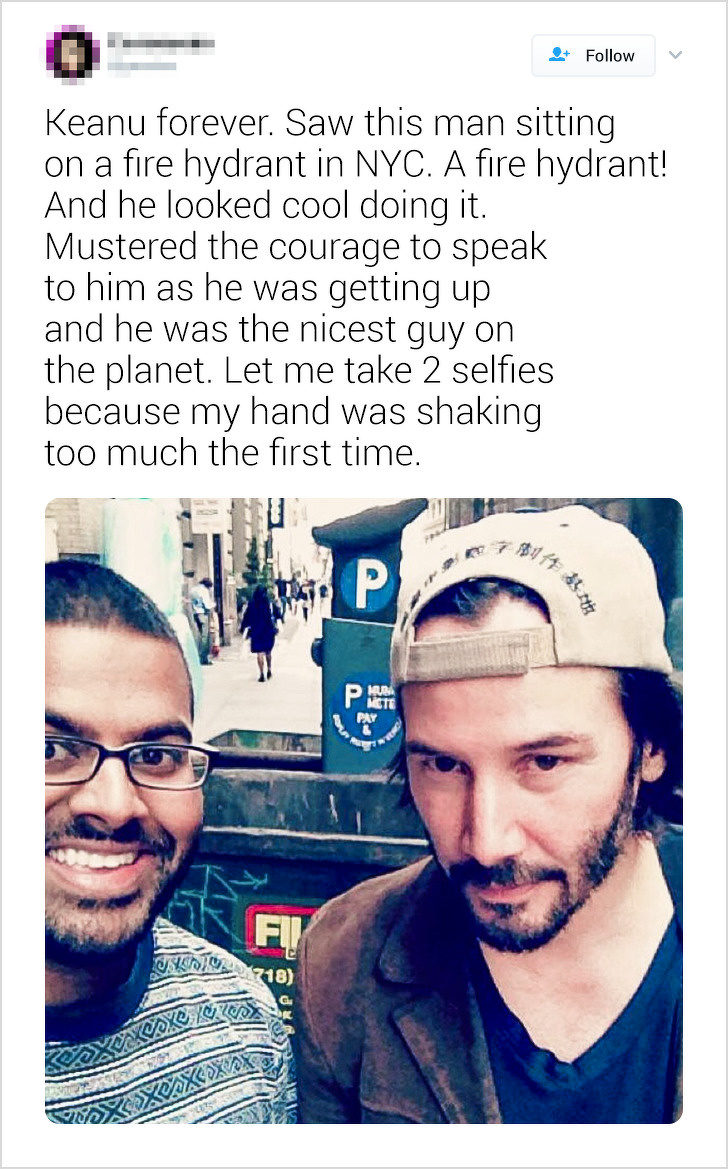 Only Keanu has the power to do it. 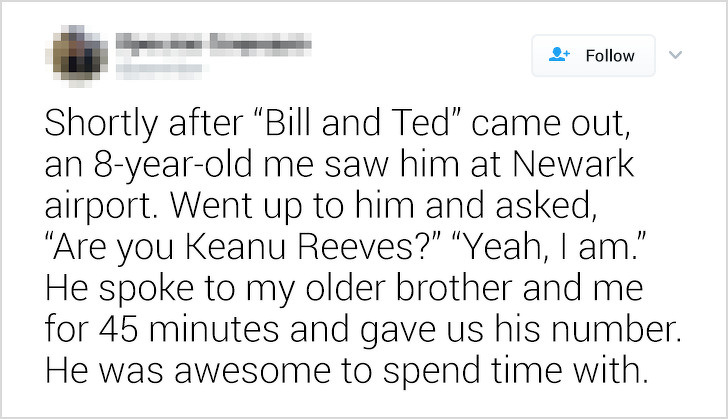 If I got his number, I’d spam him so much he would have to do something evil, block me. 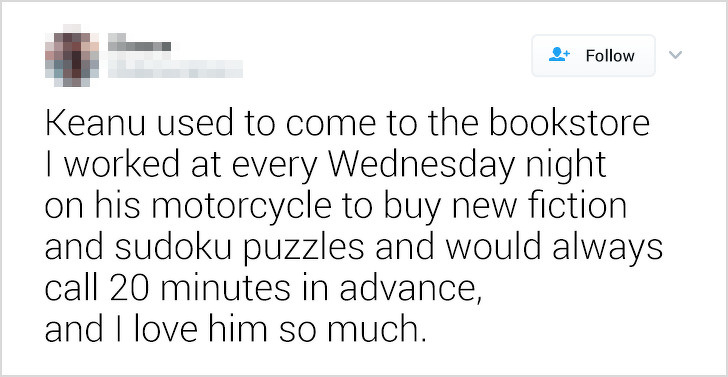 Imagine A Hollywood Celebrity not making a fuss about his popularity, rare.

The Matrix was a masterpiece after all.

He knows his fan’s needs.

He stopped for her because he realized that the girl couldn’t take it in one go.

This scene from the movie. 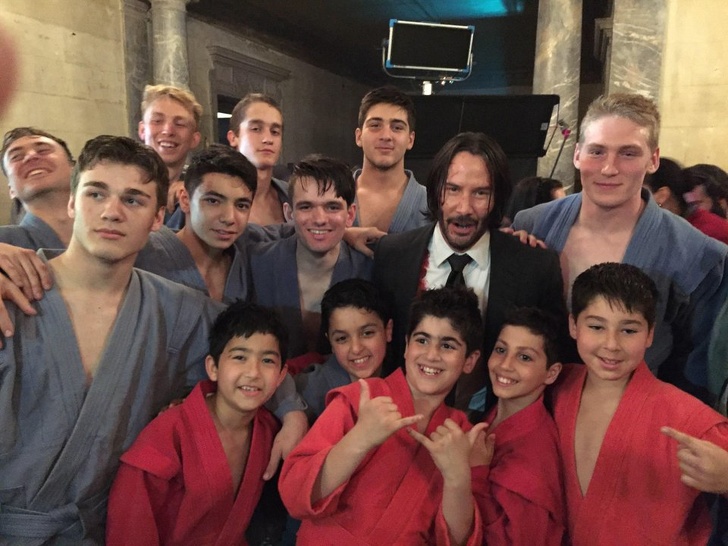 Apparently, after the shooting of this scene from John Wick 3 Keanu stuck around to meet and take pictures with all the kids. 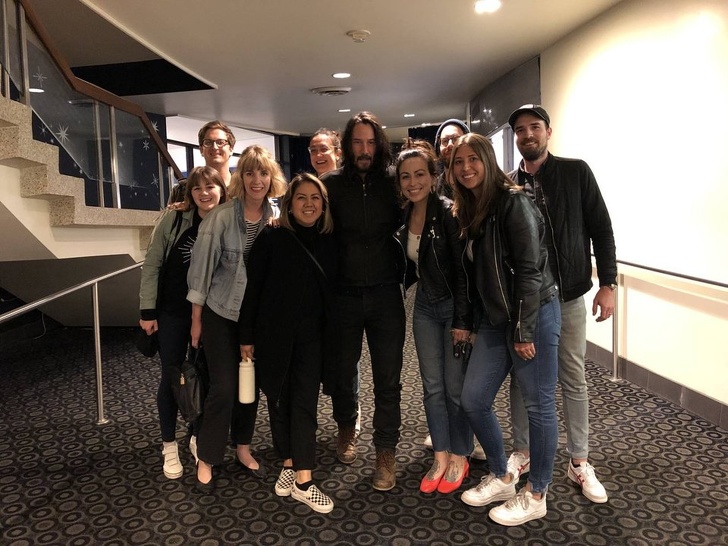 I would just go crazy knowing that Keanu just watched the movie with me!

Trespassing is not strictly prohibited. 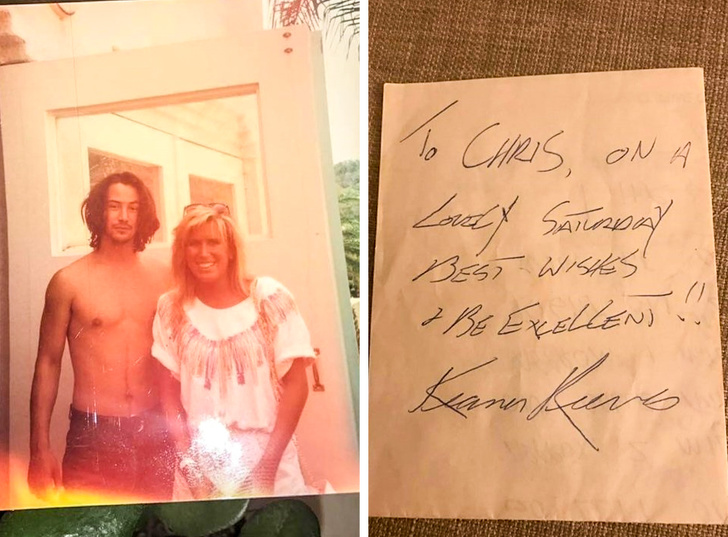 At least not on Keanu Reeves property. This is back from the 1990s when this woman snuck in her property, he even had a beer with her.

Not all heroes wear capes. 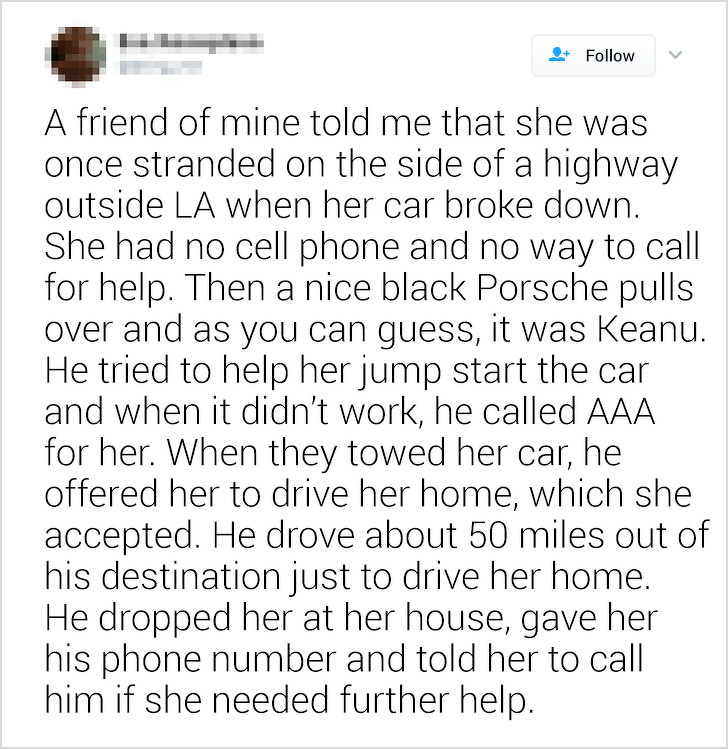 Some just wear a black suit and help the people in need.

Which actor ever traveled in a Subway?

He let the woman sit down on his seat, so polite, he just won my heart so many times I can’t count.